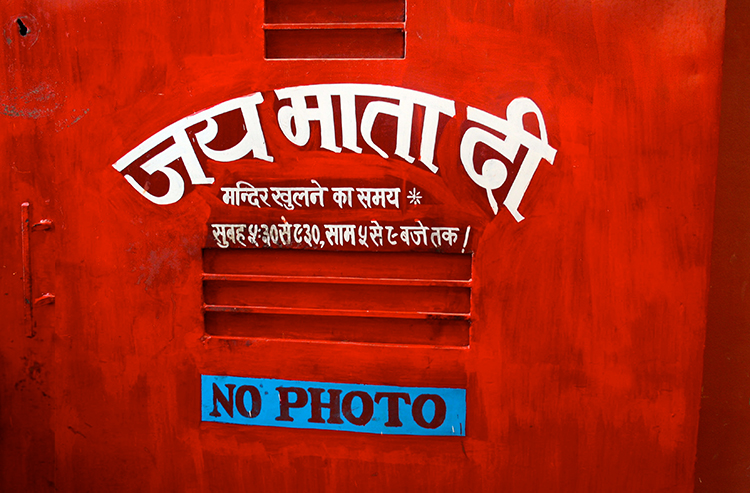 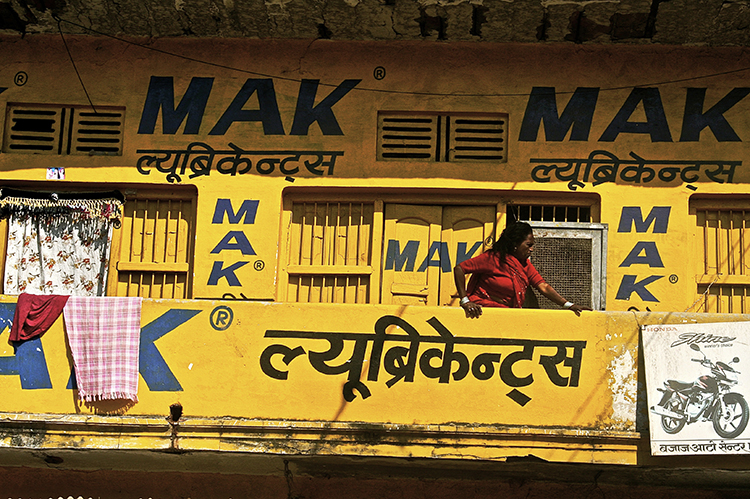 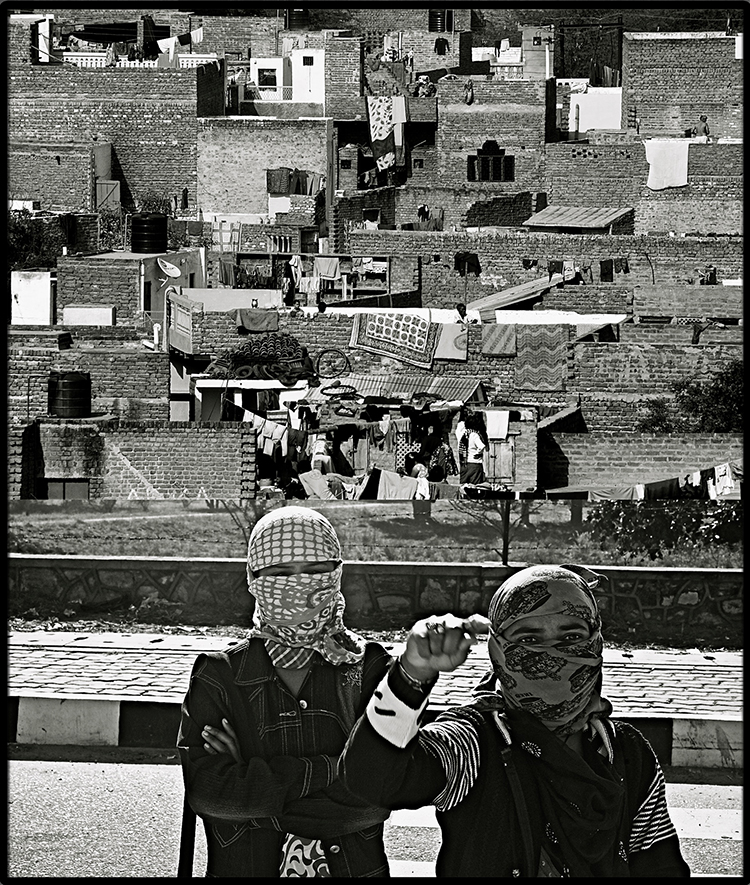 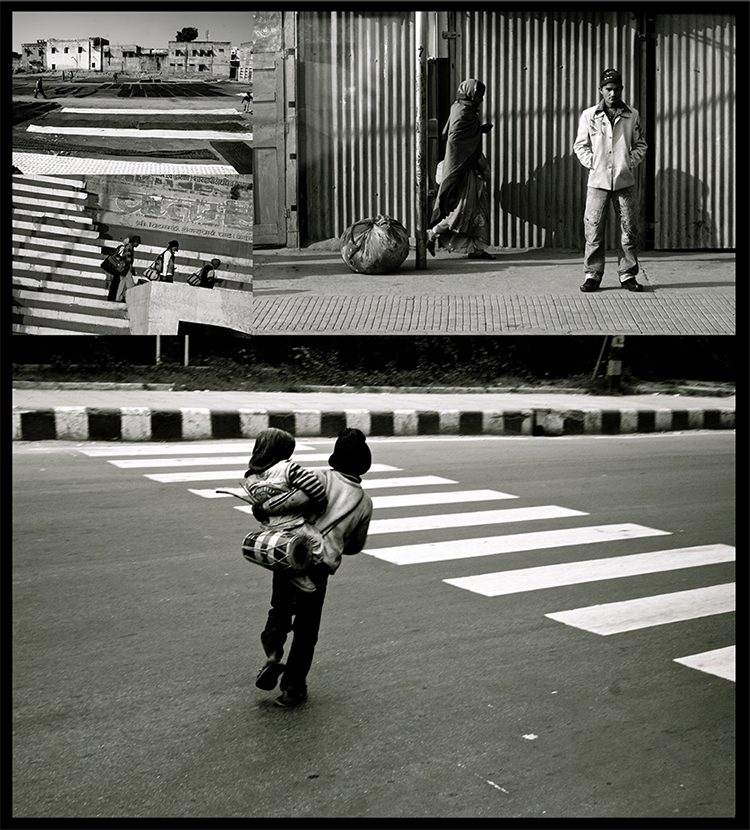 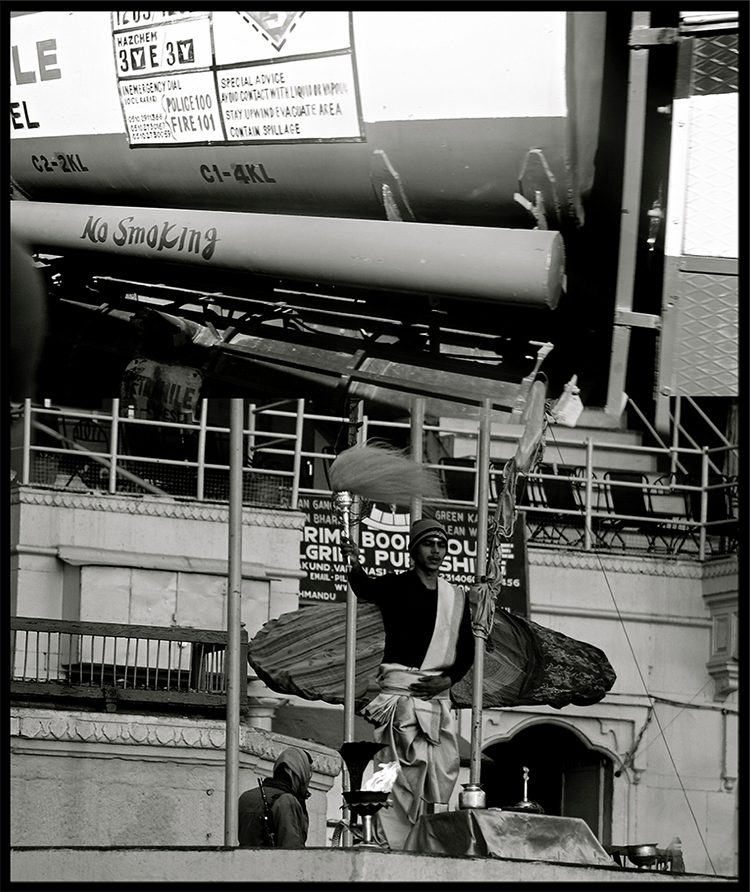 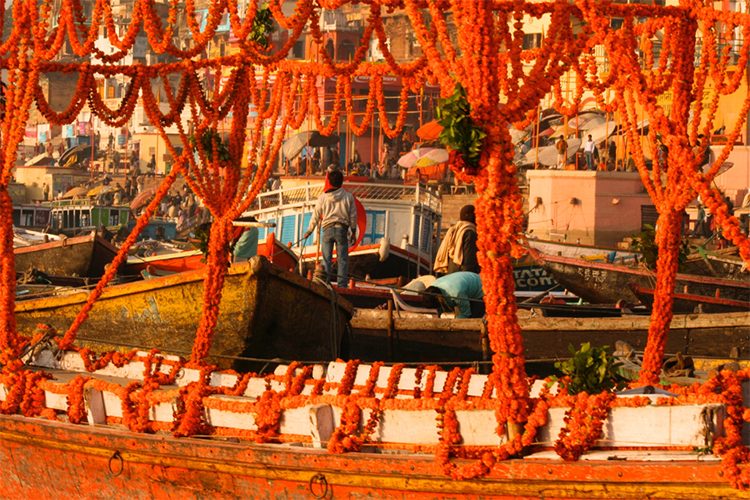 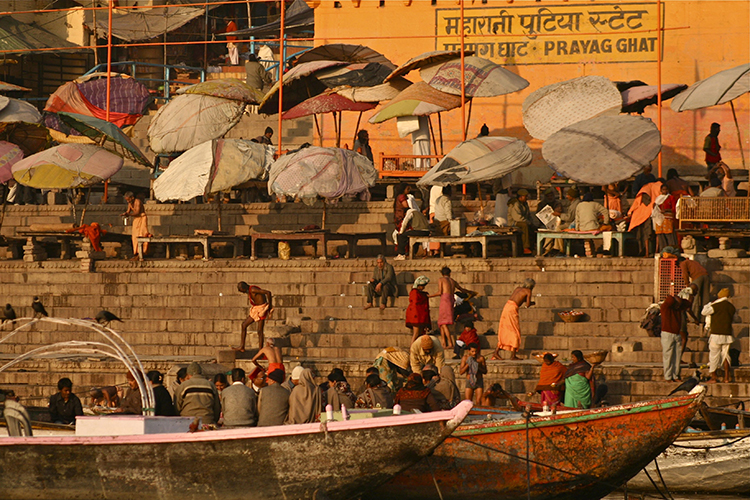 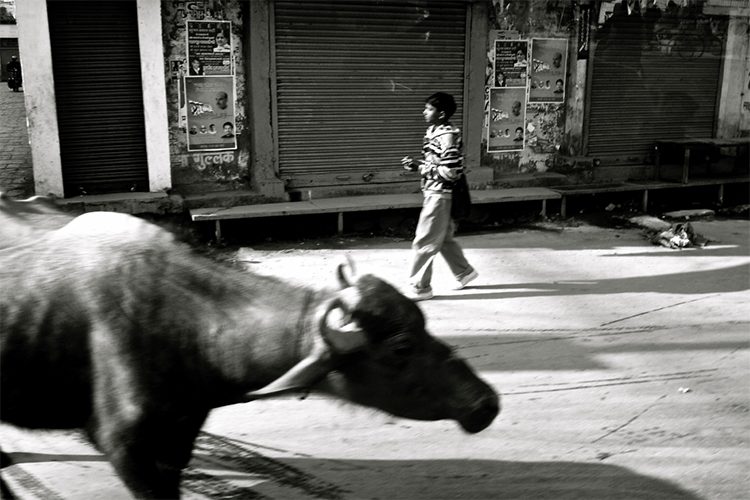 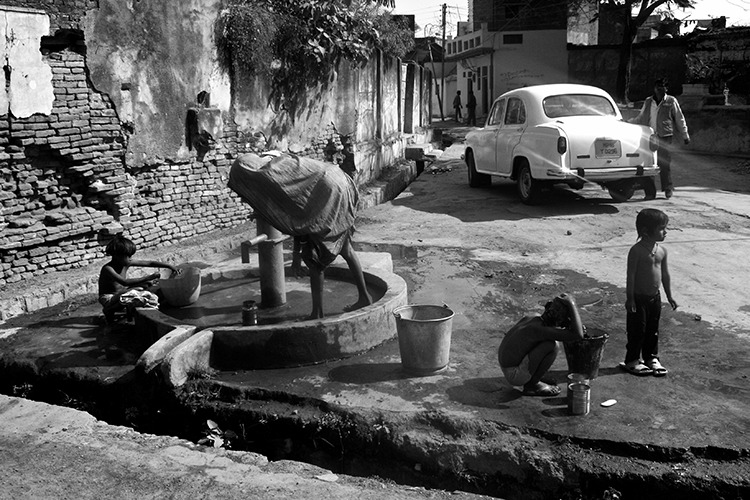 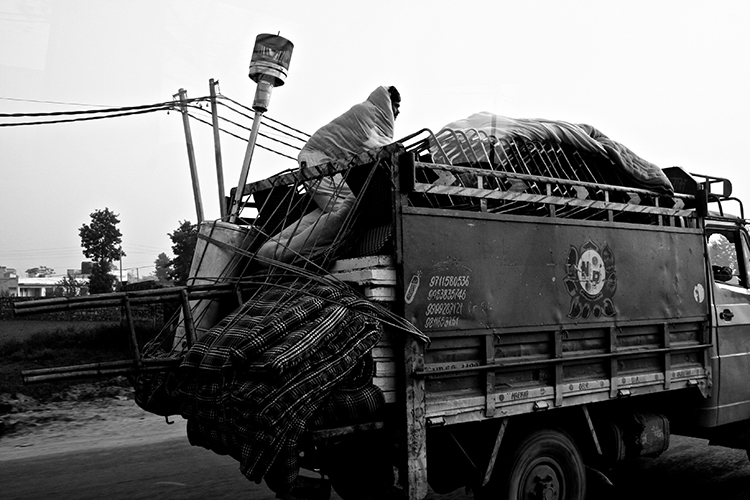 India from the corner of the eye

While the drama on the street is up for grabs, as an outsider it feels inappropriate to zoom in on the personal.

The disjointed cohesion, the maze of infrastructures, networks and people, the survival (whether or not) by fate, ingenuity and chance evoke wonder and admiration, and a deep aversion to the (elimination) system of the castes.

Who I did not photograph was the Dalai Lama, whom I met by chance in a garden. The camera was on my neck.
The photos I didn’t take may still be the very best, I wouldn’t have made that contact otherwise.

The images shown are often taken from a movement, on foot or by vehicle. They were part of an installation, which also included a package with the ashes of my brother, who used to live in India and died in the same period